Sonny Chatters is a rising young talent from stage and screen. We recently had the chance to talk with him about his career and future. Here’s what he had to say.

Hello Sonny. Thanks for taking the time to talk with me. I like to start interviews with the same few questions, just to break the ice. Let’s get started with what inspired you to become an actor.

Sonny Chatters: I have wanted to be an actor since I performed in a primary school production of Bugsy Malone where I played Fat Sam. After that I performed in several amateur dramatic Productions, took weekly acting lessons and this led me to applying to Sylvia Young’s Theatre School, getting in and attending full time for a year before moving on.

Give me three words to describe you right now and why.

SC: Motivated. For the next couple of weeks I will be attending RADA Screen Acting Course. Positive. Am excited for the future. Creative. I like to take every opportunity to study and grow as an actor

If you were to take me to any movie, which would it be and why?

If you could watch any movie with its star (or director), which movie would you be watching and who would be sitting with you?

SC: I’d go see Pulp Fiction with Quentin Tarantino because I think he makes some of the most entertaining films in cinema and I would love to meet him, as I’d like to talk to him about his experiences in the industry.

Great. Your debut feature length film is scheduled for release in November, a horror film called Nightmare on 34th Street. What’s it about?

SC: I never received the full script for Nightmare on 34th Street but from what I’m aware of its a series of short horror stories meant to serve as a twisted parody to Miracle On 34th Street.

You play a character named Leo. Can you tell me a little about the role?

SC: Leo is a choirboy who was abused by his pastor, leading to him becoming a deranged psychopath. His role in the film is to take revenge upon the pastor and those he simply wishes dead.

SC: When it comes to the horror genre I feel most of the movies rely too much on jump scares and cheap tactics to get a quick freight out of the audience instead of actually building suspense.

You’re also in a new film production of Macbeth. I believe it’s a modern adaptation. What can you tell me about it and the character that you portray?

SC: Macbeth is a really exciting project to be part of. ScreenNorthants produced Macbeth with funding from Children in Need. ScreenNorthants enable young people who want to get into the film industry access to training and experience without being hindered by financial limits. Macbeth has an urban gritty modern feel and gave me the opportunity to work with director Daryl Chase. I play the messenger, giving me the opportunity to work alongside Shaq B Grant. He is just amazing in this production.

Are you a fan of Shakespeare?

SC: I believe Shakespeare is one of the best writers to have lived and the fact we still adapt his writing now is a testament to how great he was.

You’ve starred in several short films. What attracts you about this format?

SC: I admire the format, as most of the time it is a small group of filmmakers he want to create something great. It’s very similar to indie game developers who may not have the budget or the resources but are still willing to follow their passion. Short films have personally been great for me as I am currently studying for my A levels – Psychology, History and Law most short films have a 5 day shoot schedule so this allows me to continue with my studies without too much interruption

My Mother directed by Charlie Manton gave me the opportunity to play Levi. That was a completed charter with a great emotional range. Working alongside Charlie was just amazing as he has an incredible talent and he is going to be very influential in this industry.

Insanium took me to Portugal for a week. Working with a multi-cultural cast where English wasn’t the first language I had an incredible time and I am still in touch with the cast and crew I have since been given the opportunity to work with Rui Pedro Soucer several times now and hope to work with him again in the future. 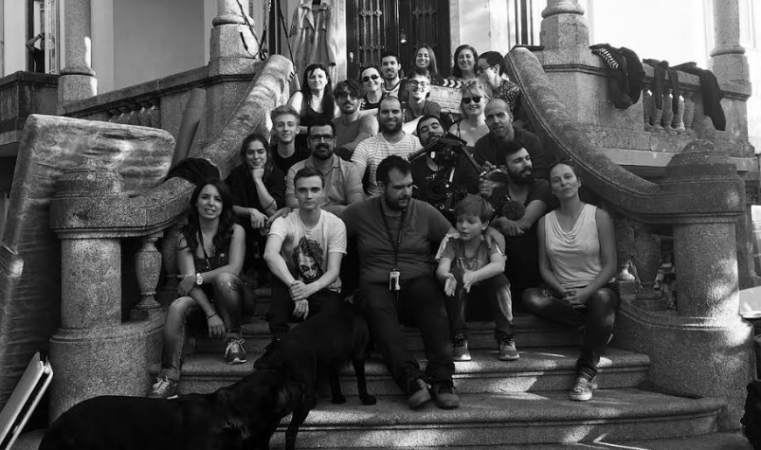 I believe you got your start on stage. Theater and film are quite different of course, but do you prefer one over the other?

SC: I enjoy both as I feel there are aspects of each that can’t be done in the other.

As a young actor, how do you like to prepare for a role? Walk me through your

SC: I don’t really have a set approach when it comes to preparing for a role as I feel it varies greatly on the part I’m preparing for. I mainly just try to imagine the characters thought process in the scene and apply it to the script.

To close things out, our website is dedicated to celebrating movies by writing about great movie moments and why they are important. Putting you on the spot a little, have there been any movie moments that have inspired or influenced you?

SC: To be honest I find most of my inspiration from books and series such as Westworld. I mostly admire good charter development and again I have to mention Doom Patrol.

Sonny, thanks again for talking with me. I wish you the best of luck in your career and hope our paths cross again.