Ella Greenwood is a young, rising name in movies, theater and more. She’s currently working on a number of projects and we had the chance to talk with her about these and what interests her. Here’s what she had to say. 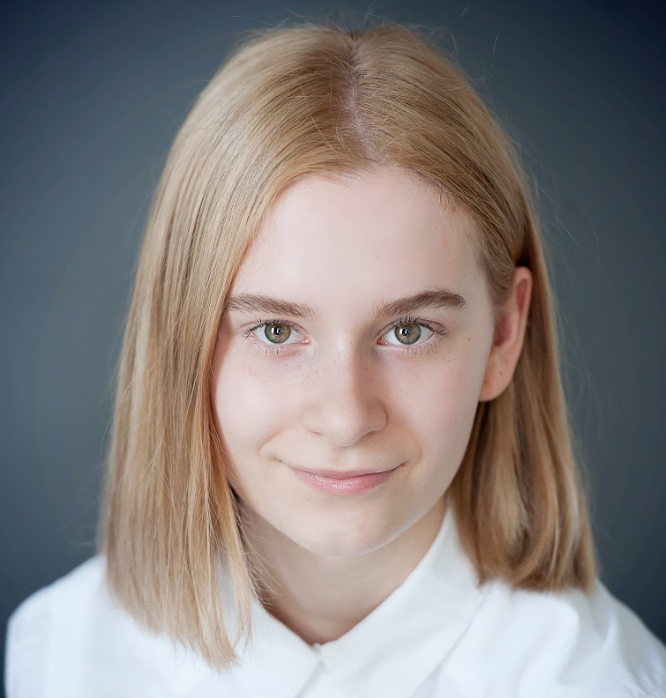 Hello, Ella. It’s great to have a chance to get to know you more. Let’s start with some fun. For readers who aren’t yet familiar with you, how did you get started in acting and what led you down that path?

Ella Greenwood: I’ve been involved with theater and drama groups for as long as I can remember and so I’ve always loved acting. The moment when I knew that I wanted to be an actor was actually after watching High School Musicaland just thinking I’d love to do that. I wish it was something more cool than that though.

Give me three words to describe you right now.

EG: Excited about the future. Stressed with exams, and Happy about everything that I’ve got going on, describe me perfectly at the minute I’d say.

If you were to take me to see any movie, which would it be and why?

EG: I would definitely take you to see Eighth Grade because it’s just an amazing film. It’s probably the most accurate representation of growing up in film form and of being a teenager in this day and age. Elsie Fisher did such an incredible job.

If you could watch any movie with its star or director, what movie would you be watching and who would be sitting beside you? Why?

You’re quite busy these days with two projects in post-production to name a few. Let’s talk about the short film Before Nightfall. Tell us about Grace, the character you play and how you approached developing her for this horror story.

EG: Grace is a young girl who lives in a village that is terrorized by an unknown creature. I approached her as a normal girl with normal experiences and relationships but also with having all of these things heightened. The unique situation makes everything more intense and so there’s always a bit of fear that is controlling her. 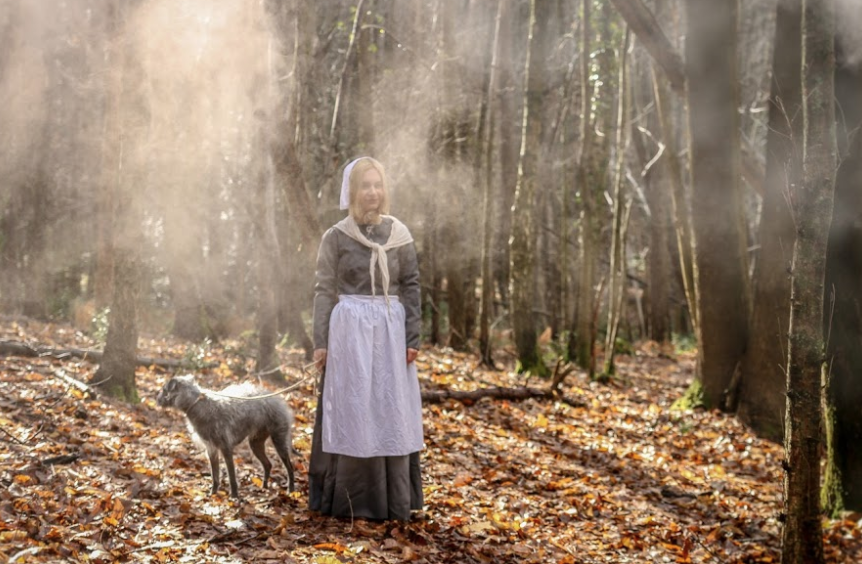 What were some of the challenges you and the filmmakers faced in the short form production?

EG: With short films, I think there’s always a great story with them that covers a lot and so it’s making sure that all of it gets told. With Before Nightfall, on the first shoot day we were filming in a forest and the weather was horrendous, it wouldn’t stop raining. So with the shorter shoots anything like that could have a big effect but we definitely got everything that we wanted.

Does the horror genre interest you?

EG: I absolutely love horrors and thrillers. I think they’re the film genre that you can’t go wrong with. If you’re looking for a horror, then there are plenty of great ones to choose from. I also think they get you so involved when you’re watching them – feelings of fear and suspense, so it’s so great getting to shoot them.

You’re also starring in a new British series called Moriarty, a twist on the popular Sherlock Holmes franchise. You play someone named Simpson. Care to give us some inside information on this upcoming show?

EG: Moriarty is a very exciting project and it involves a lot of very different characters. It will bring to life the modernized story of Professor James Moriarty – a brilliant old man trying to expose the justice system and its ironic flaws, all the while a brilliant female detective attempts to stop him –  Charlotte Holmes. It’s getting ready to shoot next month which is great for me as I’m having a bit of a break for a few months to focus on my A-level exams and so it’s the first project I’ll do straight after my exams. There are also a lot of great young actors that I should be filming with and so I can’t wait to meet them.

I understand you also recently have been offered a place as a member of the National Youth Theatre of Great Britain, so congratulations are in order. That’s quite the honor. Tell me about how this came about and what it means to you.

EG: Thank you. They do an audition tour around Great Britain, visiting many different places and auditioning around 6000 young people and so I auditioned for them at the beginning of the year in London. I found out that I got offered a place with them last week when I was in LA and I was so excited. To be a member of the National Youth Theatre is such an amazing opportunity. Their training and productions are world renowned and their alumni include Matt Smith, Rosamund Pike and Helen Mirren, some of my favourite actors, whose footsteps I can hopefully follow in.

Looking at your bio, you’ve got a number of interests and talents, including dance and horse-riding. What do you like to do in your free time?

EG: I love to try out anything new; archery and horse riding are some of my recent favourites. I also love to do jigsaw puzzles as I’ve always got a script to learn or emails to write and so it really helps me to relax for a bit.

To close things out, our website is dedicated to talking about great movie moments and why they are important. Putting you on the spot a little, have there been any moments in movies that have had impact on you?

EG: The moment in The Sixth Sense when the realization is made is incredible. It definitely impacted me on the way that stories can be written and filmed. I haven’t seen many films that have surprised me as much as that since then even though the film was released twenty years ago.

Ella, thanks again for talking with me. I wish you the best of luck on your films and other ventures. I hope our paths cross again.

EG: Thank you for taking the time to interview me, and for asking such great questions.

On May 13, 2019- David Duprey https://www.thatmomentin.com/interview-ella-greenwood/